Git is a tool that offers a version control system in order to record changes to any type of file, over time, so that it's possible to recall specific versions later.

These are the steps to install Git:

Configuration settings can be checked with:

It's possible to cache username and password in order to avoid their input every time a connection to the remote is established. The cache mode can be set to keep credentials in memory for a given period of time in seconds:

These the steps to create a new repository in one's Git server:

Clone in local a remote repository

The steps below are intended when the remote repository is already created and it contains a project.

Record changes to the local and remote repositories 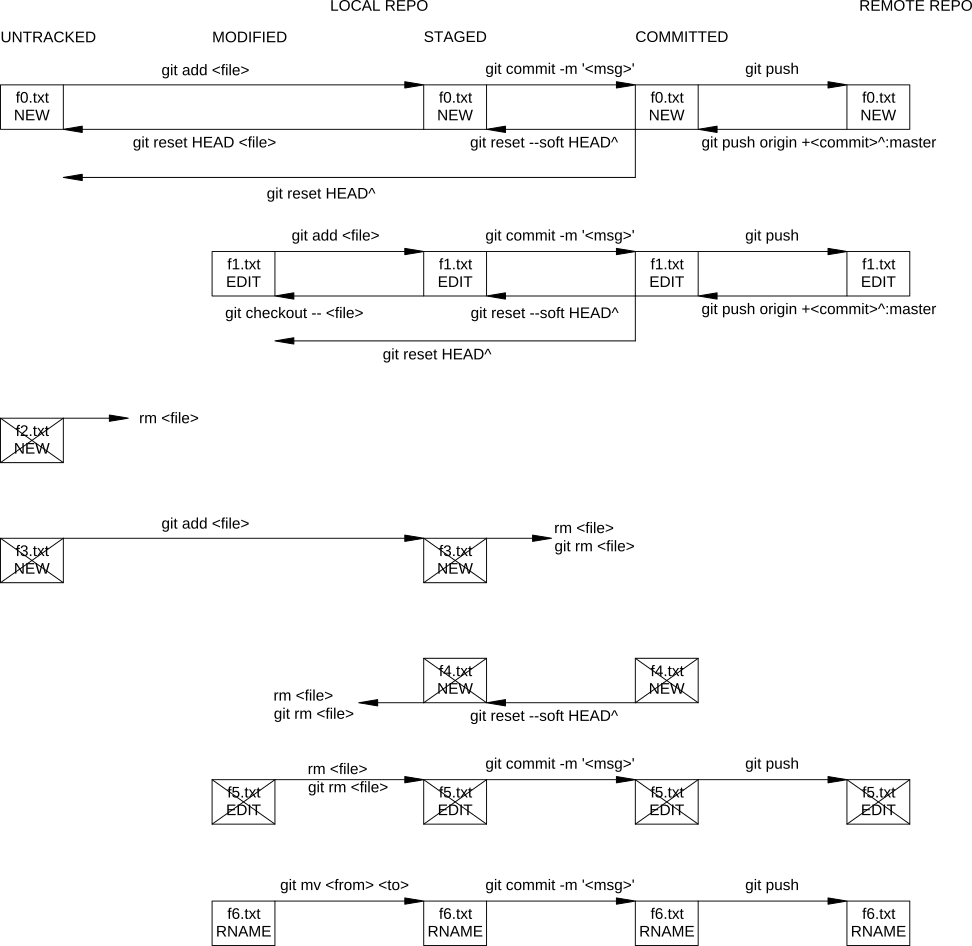 The steps below are applied when there is some files, in the local repository, ready to be pushed to the remote repository.

Before commit the files it's possible to do as many changes as necessary to them, and when they are finally ready, run the add command again.

A .gitignore file specifies the directories or the files that Git should ignore.

Check the status of the local repository

The following command is used to inspect the status of the local repository respect to the remote one.

To see if there are any difference between the working directory and the HEAD:

To fetch changes from the remote repository and merge them into the local one:

To force files to be pulled in the local repository, losing changes not already pushed in the remote one:

Branches are just pointers to commits, this means that Git doesn't create, and shouldn't be created, a whole new set of files or folders.

The following steps are applied when we want to work on a separate branch different from the mainly one, called master.

To know in which branch we are now:

The next steps are intended when the work on a secondary branch is ready to be imported in the mainly one.

If merge conflict happens it must be manually solved.

To delete the branch:

Except where otherwise noted, content on this wiki is licensed under the following license: CC Attribution-Share Alike 4.0 International